Surfing Our Lady of Guadalupe Has Been Removed 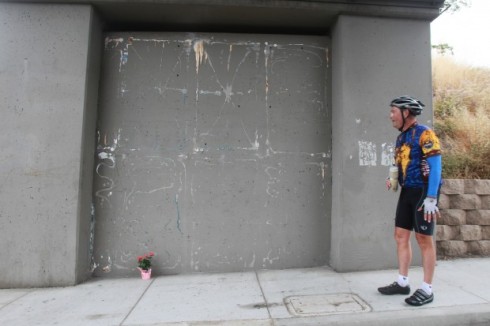 The surfing Our Lady of Guadalupe mosaic put up in Encinitas, California, just before Easter has been removed. It was put up illegally, so down it came. Luckily it was not seriously damaged. The artist supervised the removal and is pleased that it went well. 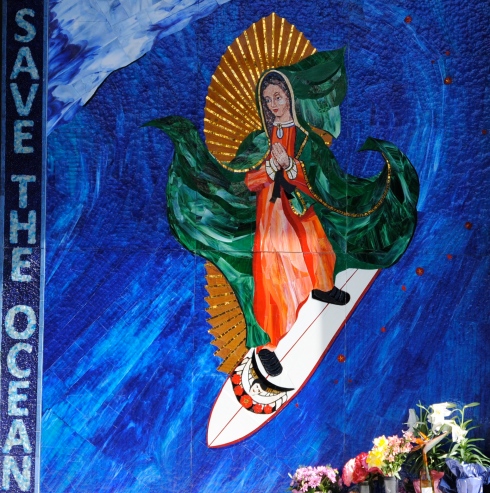 The Surfing Our Lady of Guadalupe in Encinitas

There has been a bit of controversy about the work, not only for its illegal status, but for its religious appropriateness (is it right to depict Mary on a surfboard?).  Obviously the state cannot promote religious artwork, so the city is not going to be able to put it up with public endorsement. The artist Mark Patterson says he is neither Catholic nor is the message of the mosaic religious.  It is a secular plea to “Save the Ocean,” after all. But speaking for myself, as a Catholic, who better to ask than Mary, the Star of the Sea? Nobody wants the ocean trashed.

Overall, it is just a very interesting story.  I like the image a lot, but I can see how it would mean different things to different people. And I think the story has resolved as well as could be expected. I hope the artwork finds a good new home.

One response to “Surfing Our Lady of Guadalupe Has Been Removed”